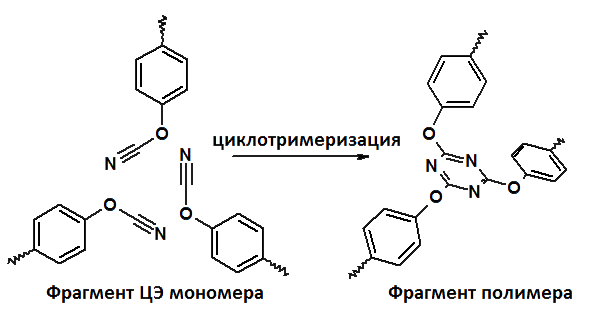 – Formation of heat-resistant triazine rings and ether bonds during curing, without release of side small molecules during curing 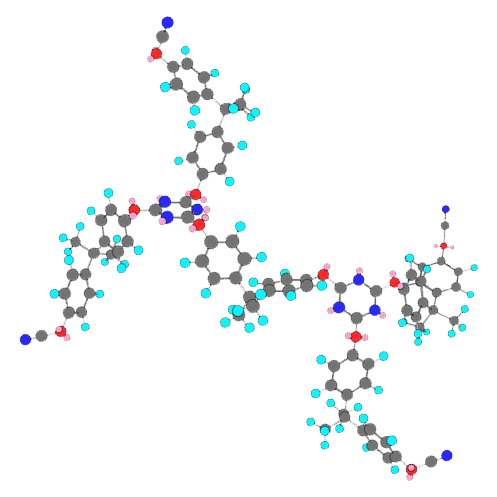 The oligocyanurate matrix is characterized by high radiation resistance. Research carried out jointly with the Institute of Nuclear Physics of the Siberian Branch of the Russian Academy of Sciences. Budker (Novosibirsk), showed the retention of strength properties (50% of the original) of plastic samples based on an oligocyanurate binder up to a dose of about 300 MGy. Plastic based on a foreign epoxy binder, which is widely used in the manufacture of electrical insulation of magnetic systems, loses 50% of its strength already after a dose of 50-70 MGy. This data is clearly visible in the graph below: 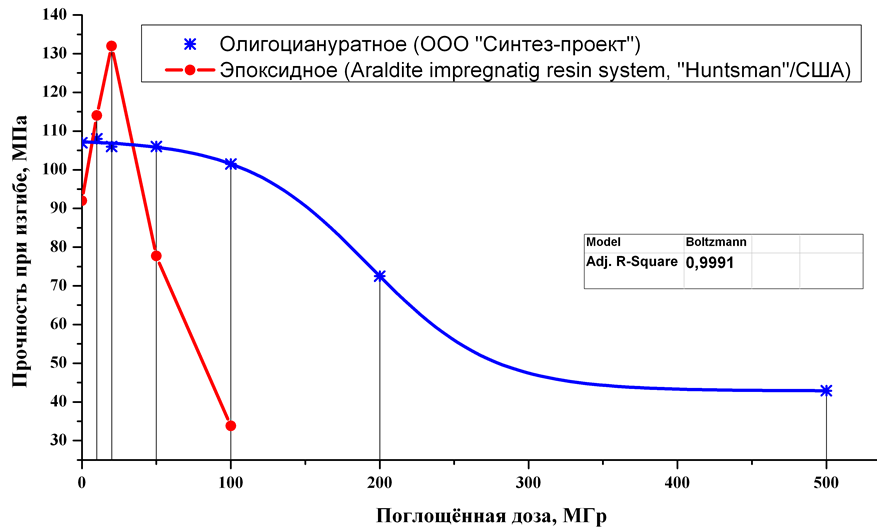 During the curing of the oligocyanurate binder, cyclotrimerization reactions occur with the formation of triazine heteroaromatic rings without the release of by-products and without the formation of any functional groups (hydroxyl, acid, amide, etc.), therefore, the polymer has a weak affinity for water and, consequently, weak moisture and water absorption . In addition, the original patented binder manufacturing technology without the use of solvents and active diluents eliminates the formation of side chemical structures with highly polar functional groups during curing, and the absence of volatile components prevents the formation of pores during curing. Thus, in terms of moisture absorption, oligocyanurate binders are approximately an order of magnitude superior to the best epoxy counterparts. For example, the graph below shows the comparative characteristics of the equilibrium moisture absorption of cured samples of the oligocyanurate binder developed by SYNTEZ-PROJECT LLC and the ENFB: 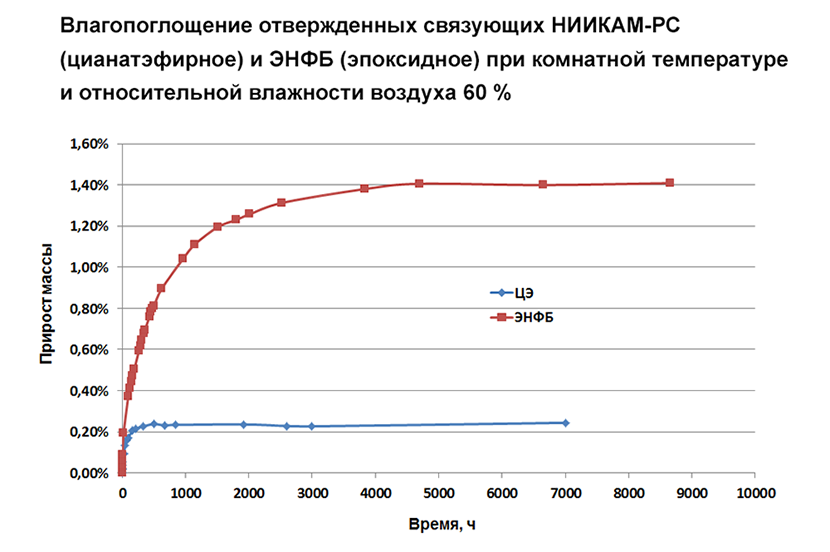 For materials, special requirements are imposed on the parameters of the total mass loss (TMO) and the content of volatile condensable substances (VCM) under vacuum-thermal exposure - no more than 1% and no more than 0.1%, respectively. However, the lower values of outgassing the material shows, the more stable it will work and the less detrimental effect it can have on the sensitive elements of neighboring high-tech devices (optics, sensors, etc.). As a result of testing samples of the oligocyanurate binder, developed by SYNTEZ-PROJECT LLC, values were obtained that met the requirements of the relevant state standard with a margin GOST R 50109-92: 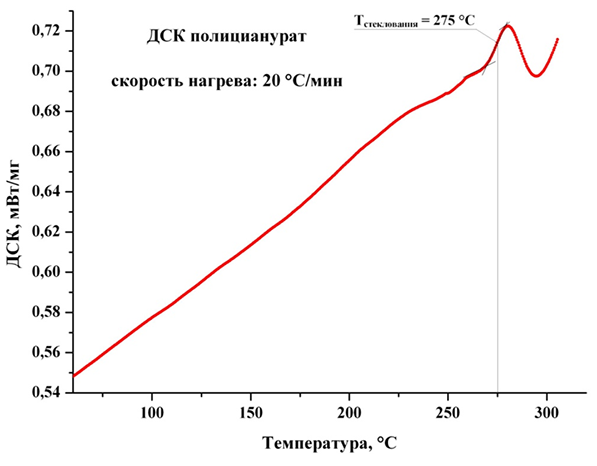 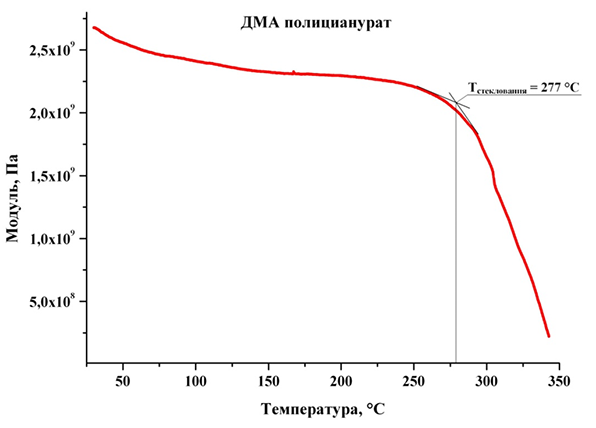 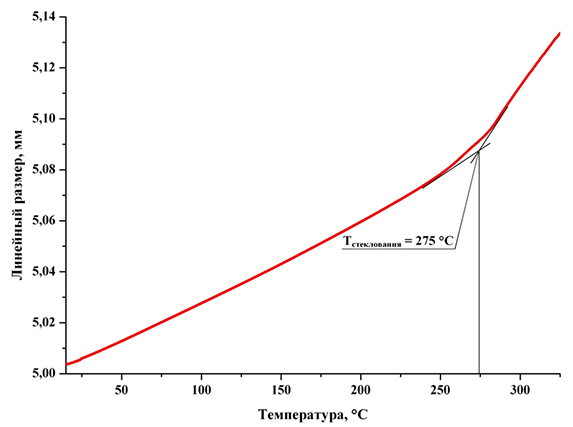 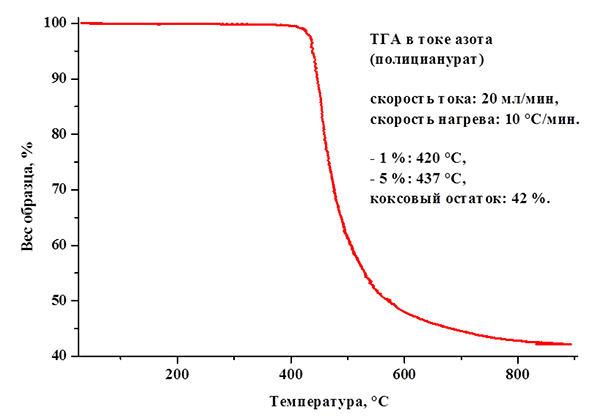